The Raspbian Pom1, for all Raspberry Pi Models. except Raspberry pi 400

POM1 is an Apple 1 emulator that I have compiled inside Linux to boot at startup in full HDMI screen.

Some Raspberry Pi can show a mouse pointer for less than a second on your screen before loading the POM1 emulator (on a Raspberry Pi 4b the mouse remain visible, you can move it with your mouse device in a non visible screen area or dont connect any mouse in your usb port seeing Pom 1 Software dont need mouse.) I advise a 1 A+ Raspberry pi also Raspberry Pi Zero works with it. Raspberry Pi 4B has 2 HDMI ports one Full HDMI and one 4K, use the Full HDMI one to fill the full tv or monitor screen.

To install it, unrar it with winrar or similar program, then connect your preformatted SD card from 16gb or more and with win32DiskImager upload the image inside the SD. When ready connect it to Raspberry Pi and after connecting to it Keyboard, HDMI cable and power supply give it current, wait some seconds a @ will appear.

TO LOAD A MACHINE CODE PROGRAM (WOZ MONITOR) INSIDE POM 1 RASPBERRY PI:
1) Press CTRL - Q to exit from apple 1 to linux terminal
2) Write startx to enter Raspbian
3) Save from your usb pen to Desktop the .txt file with the apple 1 code you prefer (for example called NIM.txt) inside the / folder by writing in terminal before "cd Desktop" return then "sudo mv NIM.txt /" return.
4) Reboot the Computer and press CTRL - L to load the file and write his full name NIM.txt then select ASCII pressing 1 on your keyboard PRESS 1 for keyboard and return.
5) GO TO Apple 1 and write 4AFR retrun it will display the GAME.


TO LOAD A BASIC PROGRAM INSIDE POM 1 RASPBERRY PI:

1) Press CTRL - Q to exit from Apple 1 to linux terminal
2) Write startx to enter Raspbian
3) Save from your usb pen to Desktop the .TXT file with the BASIC code you prefer inside the / folder by writing in terminal before "cd Desktop" return then "sudo mv AI.txt /".
4) Reboot the Computer
5) Write E000R in Apple 1 screen and press CTRL - L to load the file, write his full name AI.txt return, then select ASCII pressing 1 then 1 for keyboard and return.
6) Write RUN in Apple 1 screen, press return.


To shutdown the computer press CTRL-Q while in the apple 1 screen then write in the terminal command line sudo shutdown -h now and press return.

Pom1 is an Apple 1 emulator being ported to C from the original Java version. It uses the Simple DirectMedia Layer library and works on most platforms.

Pom1 has many options to configure and utilize the emulator. They are accessed by Ctrl+<letter>. Some options also have corresponding command line parameters.

Me and a friend have designed and built a case similar to the one that fitted an Apple Computer 1 in mid 70's, for Raspberry Pi A+ to 4B. here is the link to the page where you can download the files to 3d Print it! 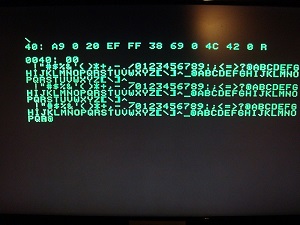 This is an example of how in 43 years the computers are miniaturized and also with the little effort i made is possible to have in a gum packet size computer an Apple 1 with my distro POM 1 in a Raspberry Pi Zero for the price of 25$ complete with cables and SD you see on the top left of this picture, on the right an Apple 1 very similar Clone. 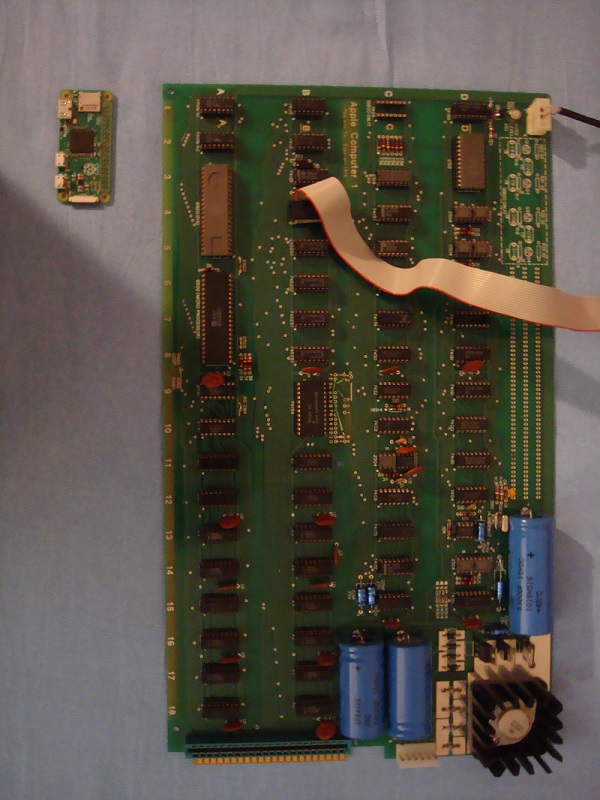