On September 8th, 2016 Mike Maginnis recorded a test of the ERO Junior RT-1 Charger Adapter connected to his Robot. The Robot is fully powered and operational. 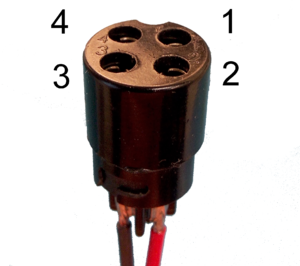