The GSBarnDoor project, also called just "Barn Door" or "IIgs Barn Door", was a collaborative project between 8bitSystems and Henry of ReActiveMicro. Henrys' involvement started in May of 2011.

Henry completed a proto layout and ordered PCBs on April 25th, 2011. When they arrived he assembled and produced a mostly "working" Alpha unit. The unit was then sent to James Littlejohn to document all found issues. He would then work directly with VLSI Concepts to evolve the design into a fully functional core for his projects' needs. 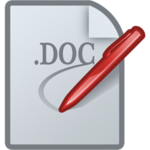